Last weekend I finished the 2011-2012 swimming season with The Bocaina Crossing in the Atlantic Ocean. It is a 15 km hard competition which takes place between Lanzarote and Fuerteventura through the Strait of The Bocaina. It is a hard challenge limited  to only  80 swimmers and you should  fill the application form and pay the fees in March (138 euros). The competition is already in October and  wearing a wetsuit. 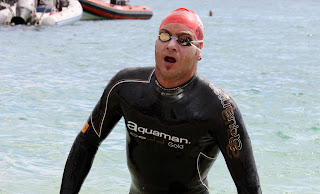 The day after The Bocaina Crossing, there is a 3400 metres open water crossing joining Fuerteventura and Lobos Island. Most of the people who compete at The Bocaina  swim that one too, and as I couldn´t be less than them, I also registered in that competition. Finally, I finished both races,  arriving in the 7th  position at The Bocaina, and the th 6th   position in The Lobos one.

The Bocaina crossing is one of the great goals of the Summer season, together with the 10 Km Cullera and the Master de Riccione World Championship, but a month before they took place, I was almost certain that I would not swim them. Eventhough I had entered for the competition in March, I was still without flight or  accommodation, had a left shoulder injury which I did not know how it  would evolve, and what is more I had not yet swum a single metre using a wetsuit. 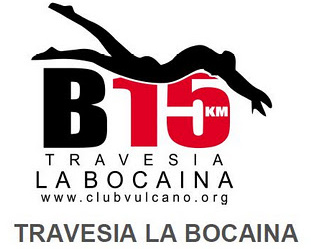 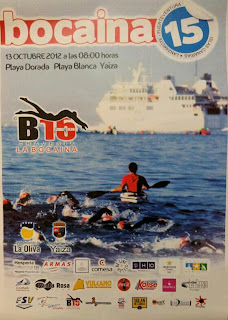 We found a low cost flight (  with Ryanair), my shoulder improved thanks to the greatest  physiotherapist from  Huelva,   Juanito Baez, and the lodging was supplied by  Isa Janssens de La Santa. So all we had to do was to train using the wetsuit. The training was very hard as I only had three weeks to go, and I was already doing 3.000m per day. During the first training period I could hardly move with the  wetsuit on, everything bothered me, it was a constant struggle, I wouldn´t be able to make it. I talked to  Paco Travado from Training Market, in Sevilla, and four days later I had an Aquaman Cell Gold wetsuit,  in comparison the Mercedes brand within the wetsuits, as Alberto Perez told me (  trainer for the “ Torrijos Team” and great expert in open water competition). I used the Aquaman in waters of the Isle of Lanzarote, and that was a different story all together, like swimming without a wetsuit, it fits like a glove, and doesn´t give a single problem. I must say that before that Aquaman I had tried another 6 different wetsuits. 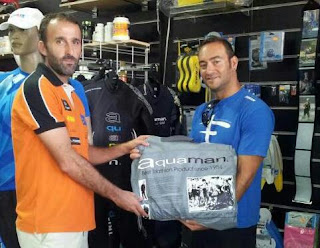 Miriam, Paulina and I spent the week of the competition  in the Isle of Lanzarote, training with the wetsuits from beach to beach, and a little time in the outside, salted water swimming pool which is 5 m away from the Club “La Santa”, and the feelings were the best, eventhough we had been a little low on training metres in the last two months, but we had swam over 1.250 metres since the first of November of 2011. 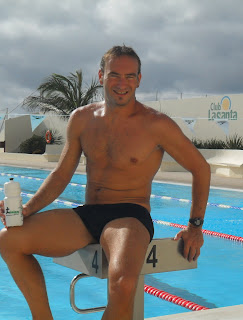 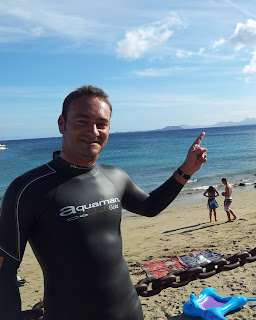 The last night was not the ideal one, we had to be at the Hotel Hesperia in Playa Blanca to prepare the identification papers and the meeting was at 7:30 pm, therefore we got to Tinajo and to bed past 11:30pm. The alarm was set for 5:30am but as  I did not change the mobile  hour, the alarm rang at 5:30am Spanish time, 4:30 am in the Canary Islands.  I spent that hour with complete wakefulness. Heavy breakfast, and by car to Playa Blanca with Miriam, Paulina and Isa. 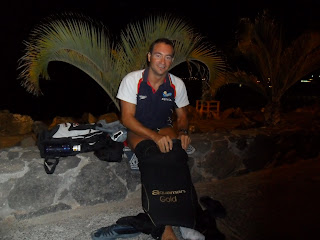 Still night time, we put on our wetsuits, as this year the three groups, slow-middle-speedy will start with only a five minute difference and the picture will gather the three groups.
Lanoline on my groins, my armpits and neck. Cream on my face, and  swimming hat on, to the beach, picture taking, and steady nerves to leave in 10 minutes time. Easy programme, the groups have to be assembled, a pirogue with an Helio gas  balloon  marks the rythm. First provisioning 1:35 minutes later, second one 1:05 minutes afterward, and after that we would see. At 8:10 am  the start is given.

At the beginning the rythm is very slow, which really fits my warming up, and adjusts the swimming to the wetsuit....I notice that my triceps hurt, but when I start warming up it disappears. I see that the rythm starts getting stronger, and other swimmers pass by me , but it doesn´t worry me, as they had made clear that we had to remain grouped. After an hour swimming, they make a small stop to assemble us, I was around the 20th position, and I had time to get to the leading group and we continued. I remained with the head group and arrived  in the 6th or 8th position.

The first provisioning was done 1:36 minutes later, we stopped 6:30 minutes. The rythm was very hard. We have covered 7 km, and I am glad when Miriam arrives, as we were going really fast. I take some water, have an isotonic drink, take a gel , and eat half a banana, and we went on our way.
After 36 minutes, 2:19 minutes from starting time, a 1´45” stop is made to assemble us, time which I use for drinking water, and talk to Miriam who remains well and gives me a gel, as I thought I had lost one which I had tucked into  my wetsuit, near   my gemelli muscles.

The second provisioning  takes place 30 minutes later,  we have been competing 2:50 minutes now. We stop again during 6 minutes, I have a gel and water. We have swum 11.700 metres and have  only to go another 3.300 metres. We are on our way to Fuerteventura and can already see the area well, and after disgussing whether we should  make another stop after half an hour or get to the  finish point  in one go (this is what I wanted),   it is decided not to make another stop. At this moment I felt very well. I was very tired  but this was due to the strong rythm we were maintaining. I positioned myself with the head group in the first  hour, all the time between the 6th and 8th position and close to someone´s feet to use the smallest amount of energy  possible. 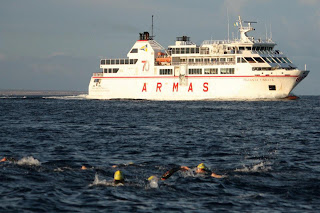 The start is given now to a different race. The groups have finished, as well as  the following a pirogue with an Helio gas balloon. The pirogue goes with the first competitor and the rest do their best.
Guillermo Verdejo and   Rafael Henríquez quickly  swim  forward, and a group of four is left behind, among which I find myself. Twenty  minutes later the group separates, two competitors start leading , another one goes to the right. I try to follow the  one just in front of me with all my strength, but little by little he scapes. I try to keep him in sight as I am in 5th or 6th position and I don´t know the way, but at the end I lose him. When you are left alone, unconsciouly you start losing speed......I look behind me to see if anybody is catching me, but see noone. I can  now see the pier of the  Corralejo Port, and the guiding ship near, and I swim toward it. The yellow buoy is near, I get instructions from the ship  to near it, but just there we had to turn right to go to the beach, thing which I ignored, I hadn´t seen the arrival map, so I continued straight to the beach in front of me (it´s like a big pier).Once nearing the coast I couldn´t see the finish line, and I stopped completely, looking around the coast to find the finish point and at the end on my  right I saw two other buoys. I start swimming toward them, eventhough they were some distance away, thing which made me swim around 400 metres more than needed. Once I reached the last buoy, I  see about 8 metres in front of me, two swimmers, who stop to verify they were in the correct situation, and I reached them. As soon as they see me, there starts a brutal  sprint of about 300 metres, where at the end I managed to advantage both of them to the finish line. Finally  I obtained a 7th position ¡¡¡¡¡¡ I think that the direction error cost me a position. 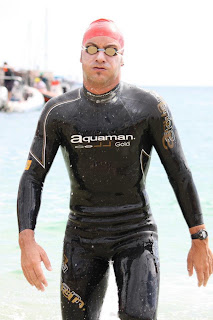 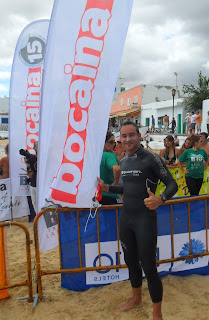 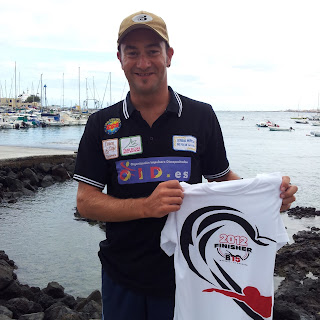 After a massage by the physiotherapist from the Bocaina Crossing organization, who left me as a new born child, and after buying the return ferry  ticket I went to look for a place to stay in Corralejo. Finally I stayed at the Hotel Hesperia with the Triatlon Vulcano group and at a very good price. The only thing left to do was to have a good supper and rest for tomorrow´s competition. 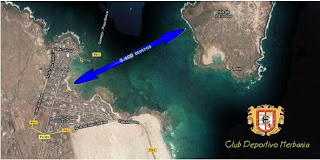 The competition was entered by 200 people, a lot of them also came from the Bocaina race, with the Aquaman wetsuit as an option ( if it hadn´t been for the  Aquaman Cell Gold wetsuit, I would never have used a wetsuit).
The race was a straight line one, from near the Isle of Lobos, with starting line from the water between two buoys, and the finish line in the sand of the old Pier at Corralejo, repeating the finish line of the Bocaina Crossing (this time I knew the place).

The conditions of the sea were hard, as the wind had a North-South direction, and the tide was against it, thing which produced many waves, and as we were swimming in a East-West direction, the waves hit us sideways.
With many final swimmers, most  young people, and not wearing wetsuits, the start was very quick. I start swimming hard, my body feels really good from yesterday and absolutedly  nothing hurts me. Three swimmers take advantage and a group of about 6 swimmers follow to catch them, among which I find myself. To be really honest I was surprised to find myself in the head of the competition, considering there were  200 swimmers, and many of them young and after the great beating we received yesterday.
Half way through  the competition a group of 3 swimmers start to form up in front of me, I am in the  8th position. They start leaving me, but not many leave, thus I start  my rythm and stretch the strokes and little by little I reach them. I stay at their feet recovering a little, until we get to the pier of the port. There the four of us start a sprint, and soon I pass a young swimmer who wares a swimming suit and then an older one with a wetsuit. Then I get to the same level as Alejandro Moriana. We continue together nearly 100 metres, and I start leaving him behind but at the end he passed by me arriving “Find Myself 1” before me.
I finally achieved a 6th  position, with a time of 42´39’’, and also obtaining the Runner-Up position in the Senior B level. And whatismore with the sensation of not having been swimming  so much!!!!!!!!!!!!
The final champion of the competition was Airan Rodriguez, ( 3rd position in the Bocaina Crossing)with a time of 40´46’’, and I had an arrival time difference  with him of 1´53’’. And the champion of my group, Senior B, was Sebastian Mascano, in the 4th position, with a time of 40´51’’, (25th position in the Bocaina Crossing). The competition was finalized by 180 swimmers. 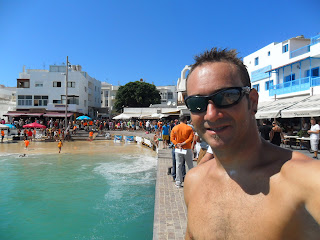 In this way I completed 31 crossings during this summer. This is the season where I have participated in more competitions, with 19 weekends competing in  the last 20 weeks. Swimming in Italy, Portugal, in Spain in the cities of Alicante-Valencia, in Malaga-Cadiz-Huelva,  and in the Canary Islands. 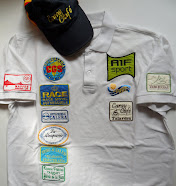 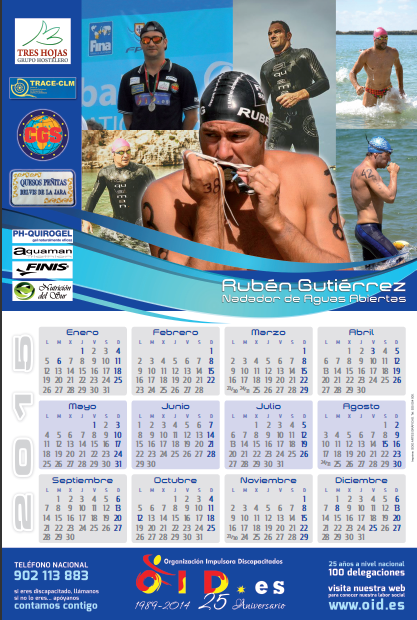 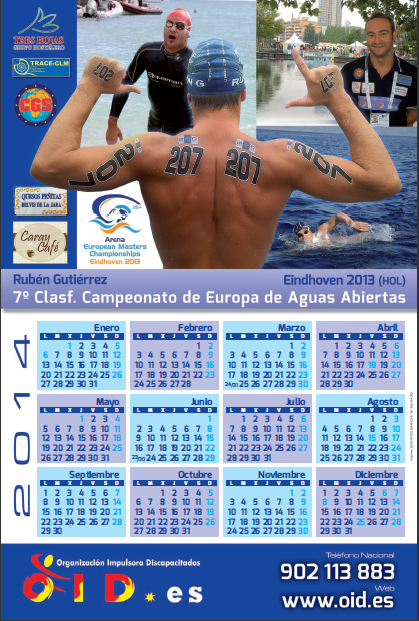 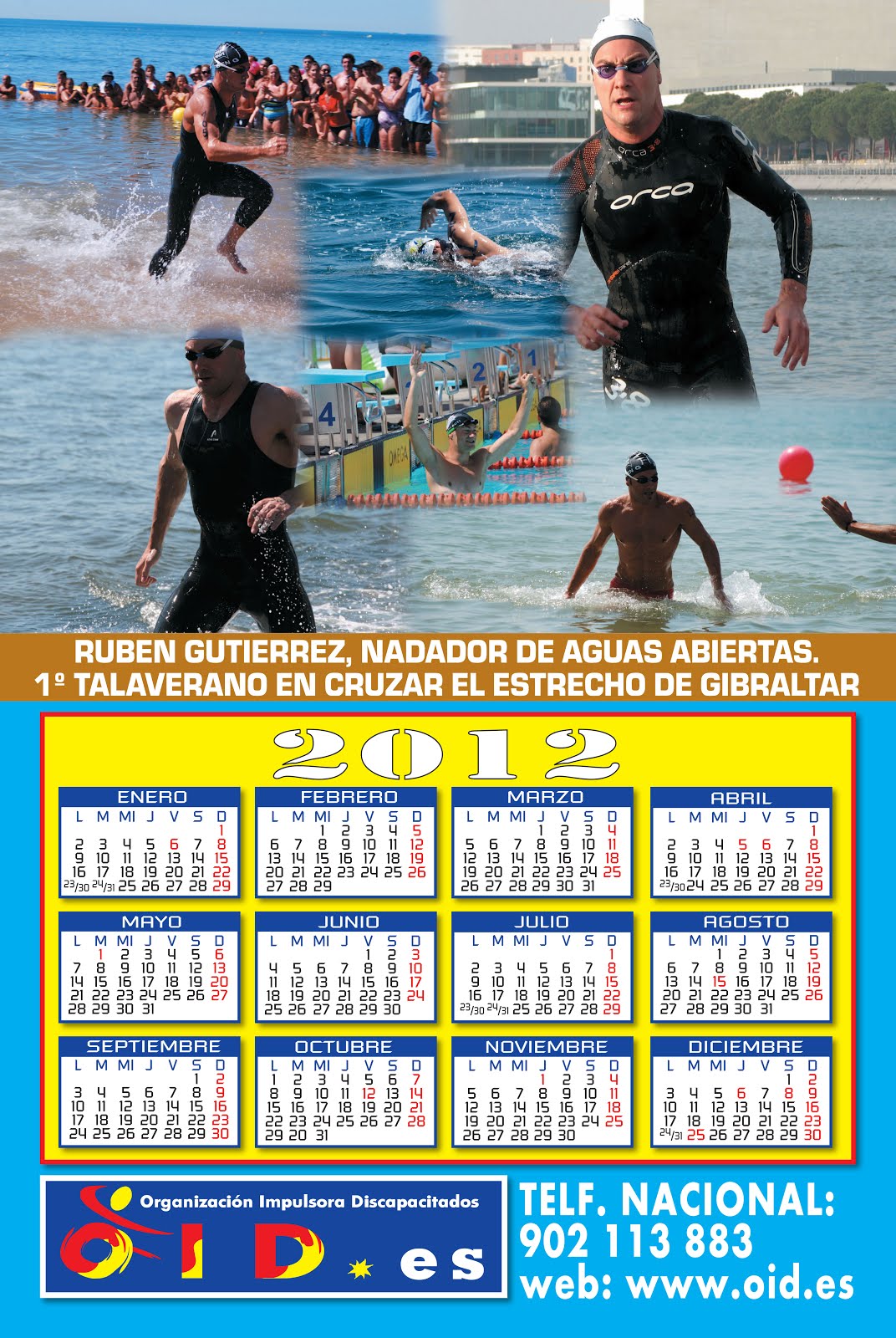 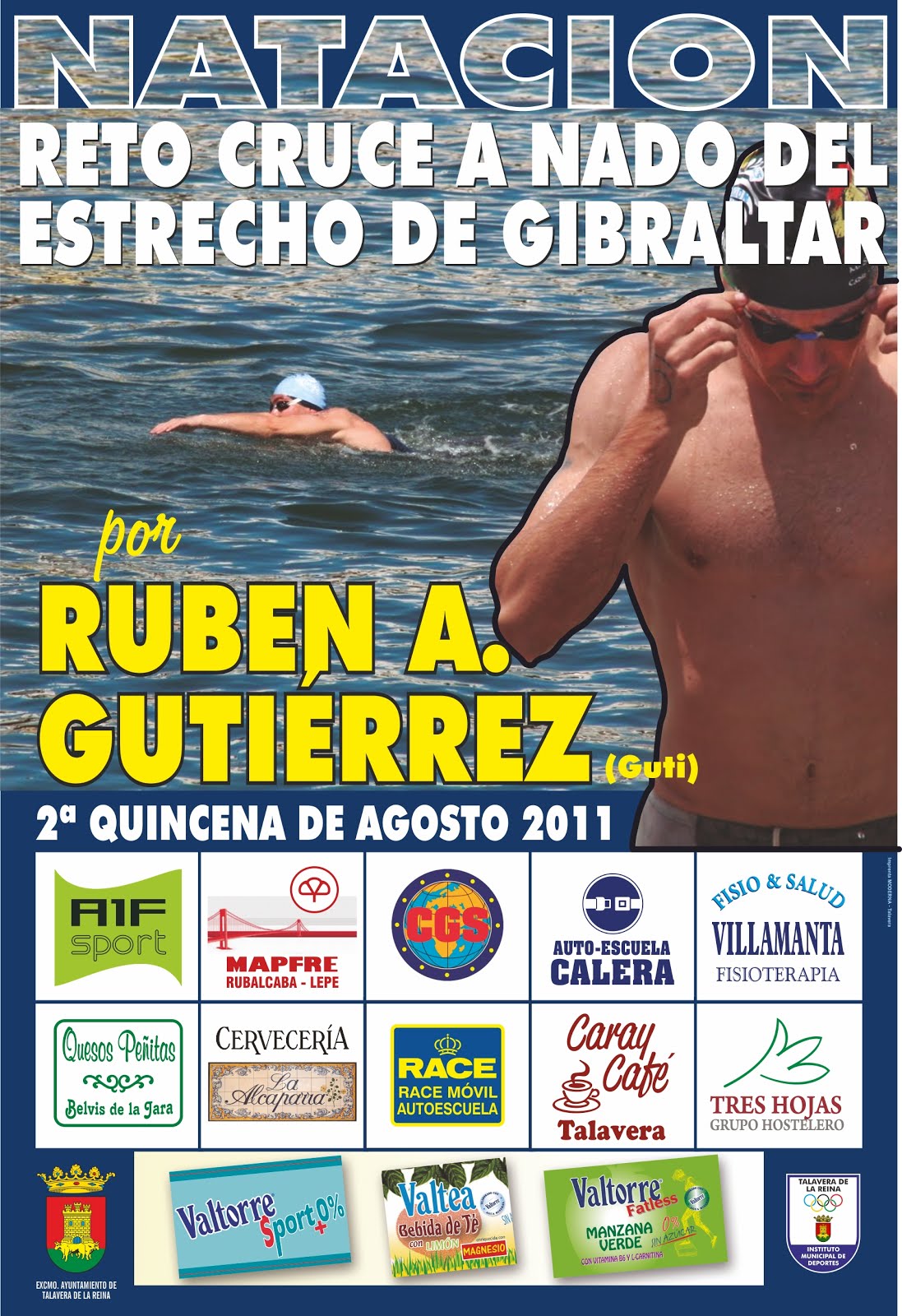 Camp I TRISUR MD Punta U´13

Camp I Half ICAN Málaga´13. 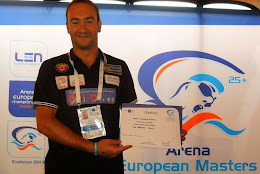 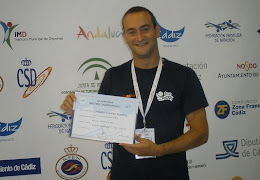 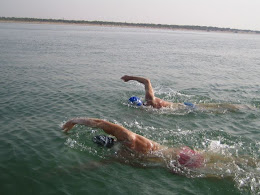 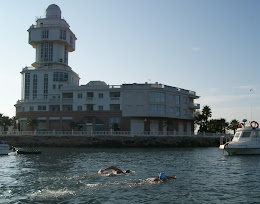 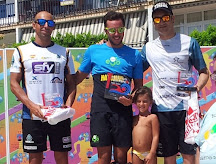 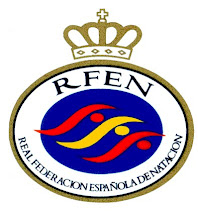